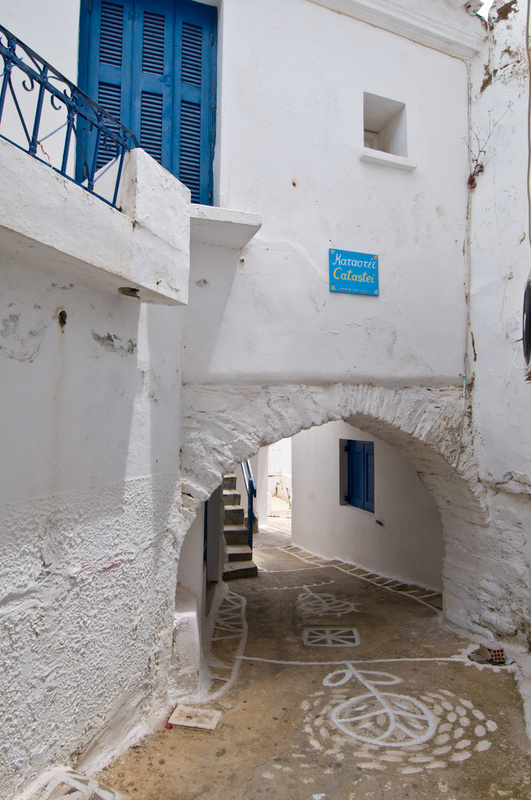 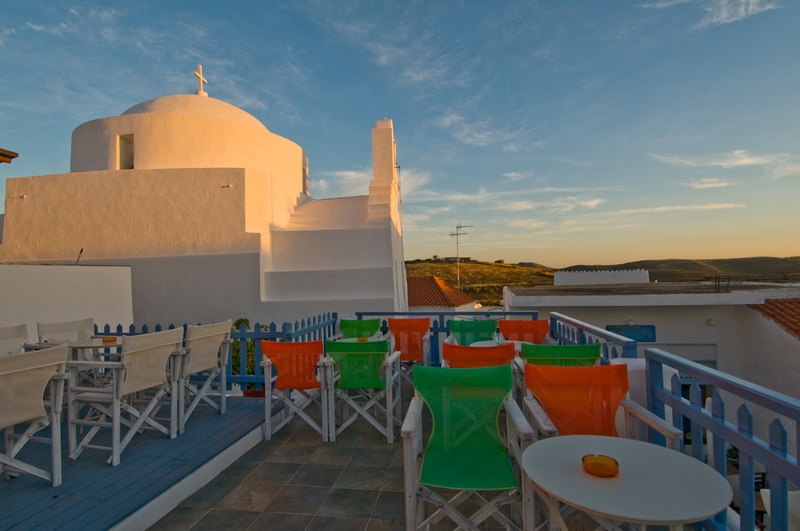 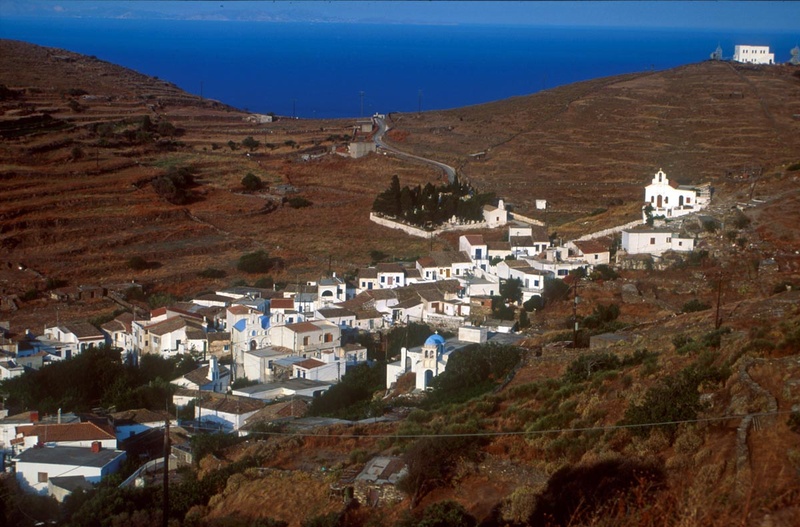 There are two inland settlements on Kythnos, Chora (or the town of Kythnos) that has an authentic Aegean island architectural style, and Dryopida, which is differentiated by its tile roofs, a product of its long tradition in ceramics, but also of the fact that the town is naturally protected against the wind.

Chora, with the whitewashed houses, the external staircases connecting lower and upper floors, the flat or slanted roofs and the narrow stone alleys is a characteristic example of Cycladic architecture. On the contrary, the tile roofs, the antefixes and the corbels of Dryopida are traits of a popular version of Neoclassicism.

The island has 3 main seaside settlements: Merihas, where the main harbor of the island is located, Loutra, which is famous for its hot springs, and Panagia Kanala, where the Orthodox pilgrimage site of the same name is located. There are also other, smaller settlements like Agios Dimitrios, Episkopi, Agios Stefanos, Flambouria, Kalo Livadi, Agia Irini and Apokrousi.

If you head inland, you will come across a plethora of dry stone walls, which retain and separate the land, and the so-called “kelia”, namely small unplastered stone buildings built to cover the needs of farmers, both of which can also be found on other Cycladic islands.

There are also many windmills, due to the long tradition of barley milling on Kythnos in the past. Some of them have been preserved to this day, while others are abandoned. The abandoned buildings, which were used by the mining companies that operated on the island since the mid 19th century, are also particularly interesting. The ones that still stand today have architectural traits of the early industrial period. 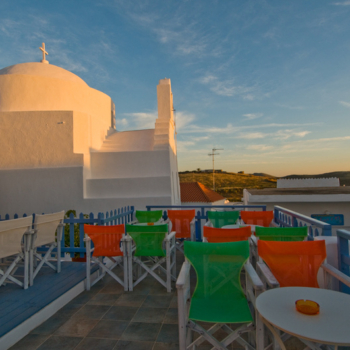 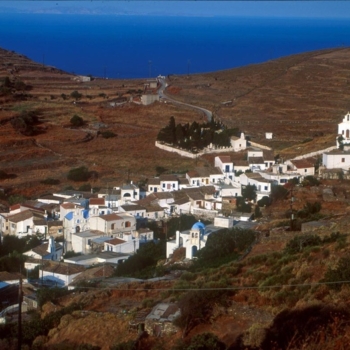 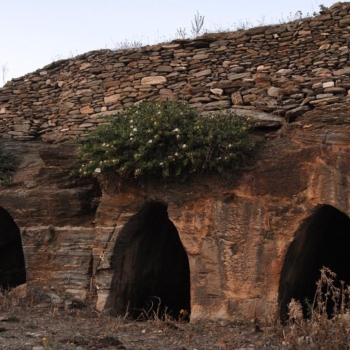 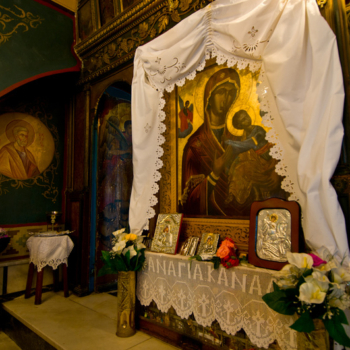 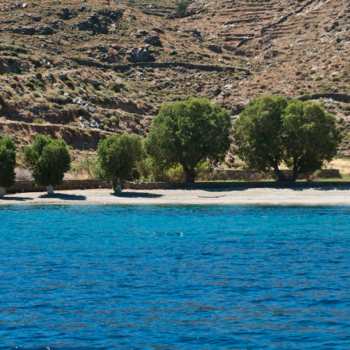 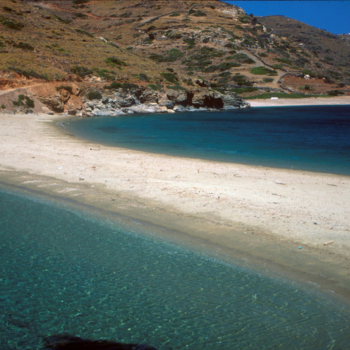 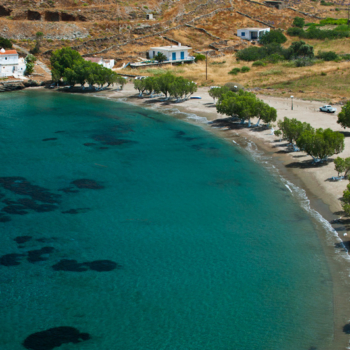 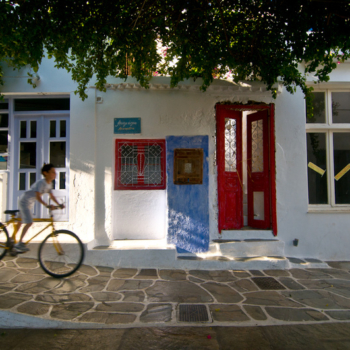 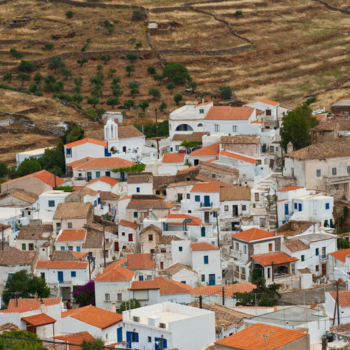 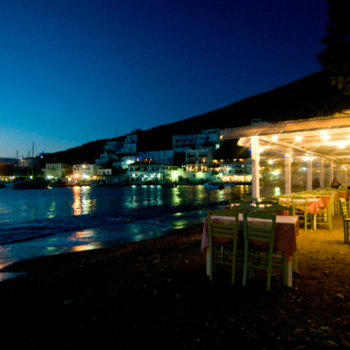 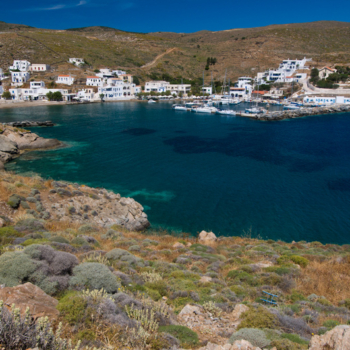