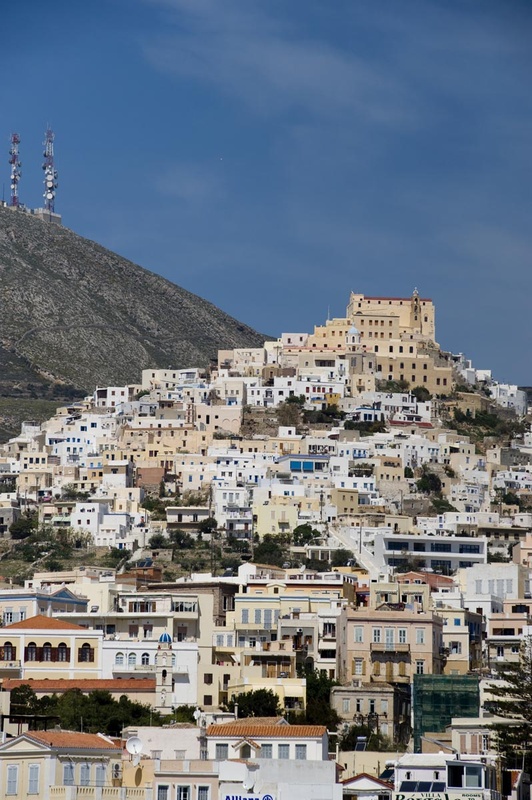 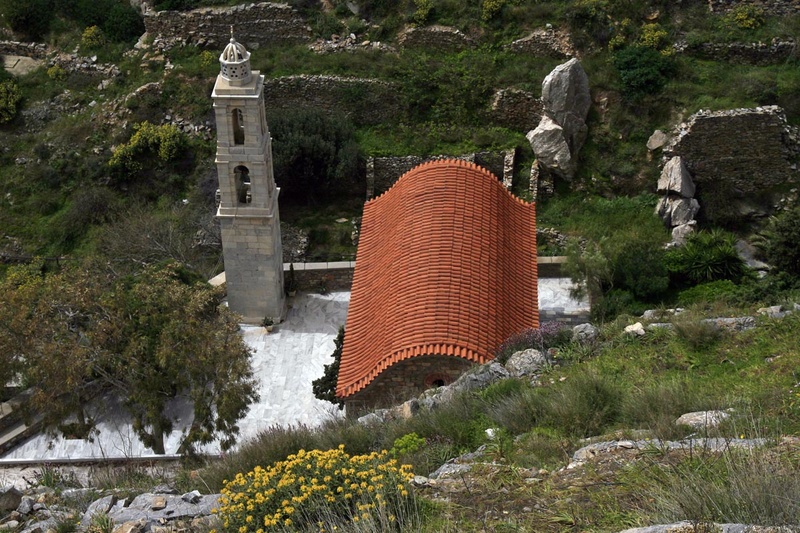 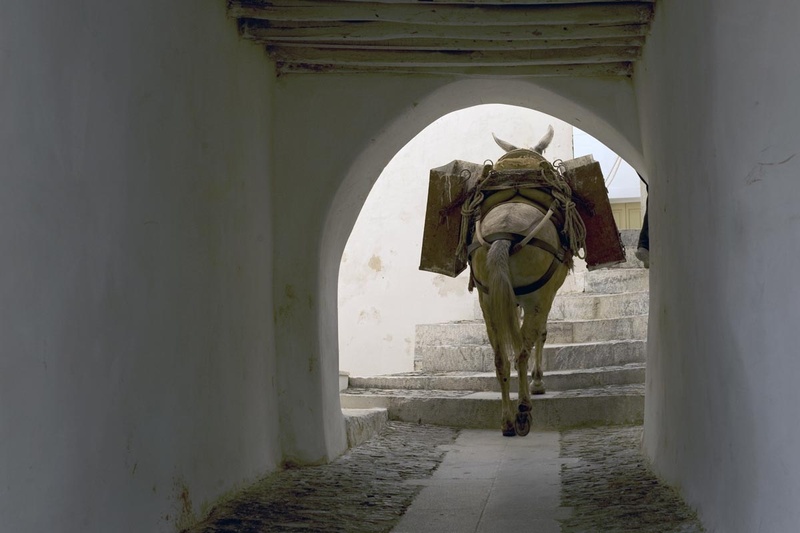 The hill where Ano Syros stretches with San Tzortzis at its top is located right across the hill of Ermoupoli. It has been declared a protected historic settlement and its tightly ‘hugged’ houses retain the Cycladic charm. As it is clear of cars, you will often see mules or donkeys moving as they transfer the goods.

You can enter through Kamara (or lower end), the upper end slightly higher or Portara which was the main gate to the castle leading to the district of Skali (birthplace of Markos Vamvakaris). The settlement is characterized by the paved or cobbled alleys, the roofed passageways (“stegadia”), the “portopoules” (balconies with no terrace). Its centre is “piazza” and the most impressive attraction is the church of Agios Georgios (San Tzortzis) with a high wall on the eastern side and natural fortification in the northwest.

In Ano Syros it is also worth seeing the Episcopal hall of 1837, the Centre for Historical Studies of the Catholic Diocese, at the place where a Seminary of the Diocese operated, Agios Nikolaos the “Poor” as he is called, which are the two Orthodox churches along with Agia Triada (Holy Trinity-1604). Moreover, Agios Ioannis (1635) which belongs to the Capuchin monastery, as well as the monastery of the Jesuits, which was founded in 1744. The small church of Kioura (1686) is characteristic near the small square of the upper end with the bust of ancient thinker Pherecydes.

In order to go from Ermoupoli to Ano Chora, or vice versa, you can follow the old road of about 870 stairs. 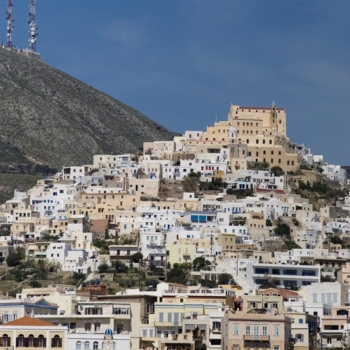 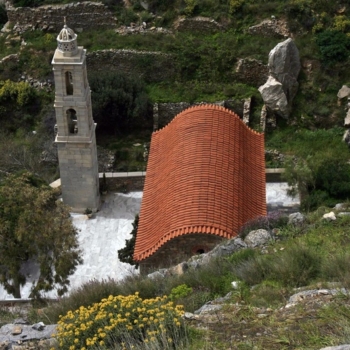 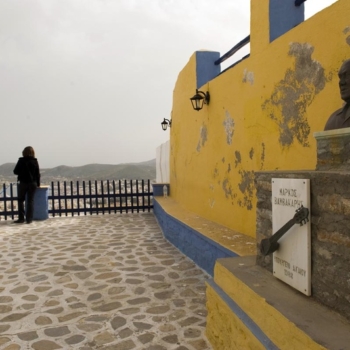 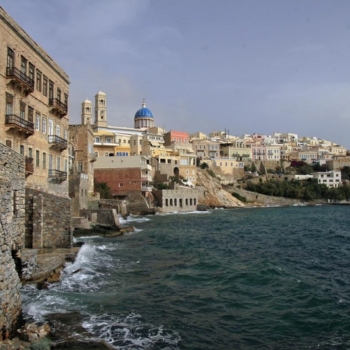 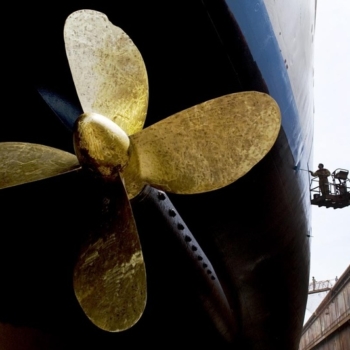 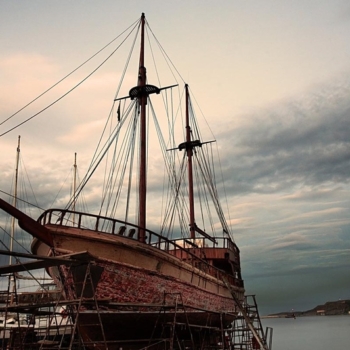 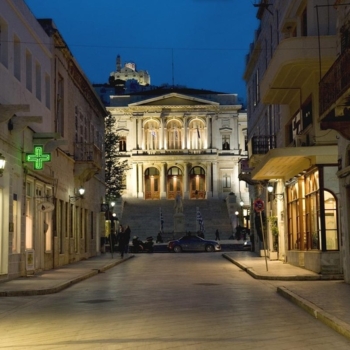